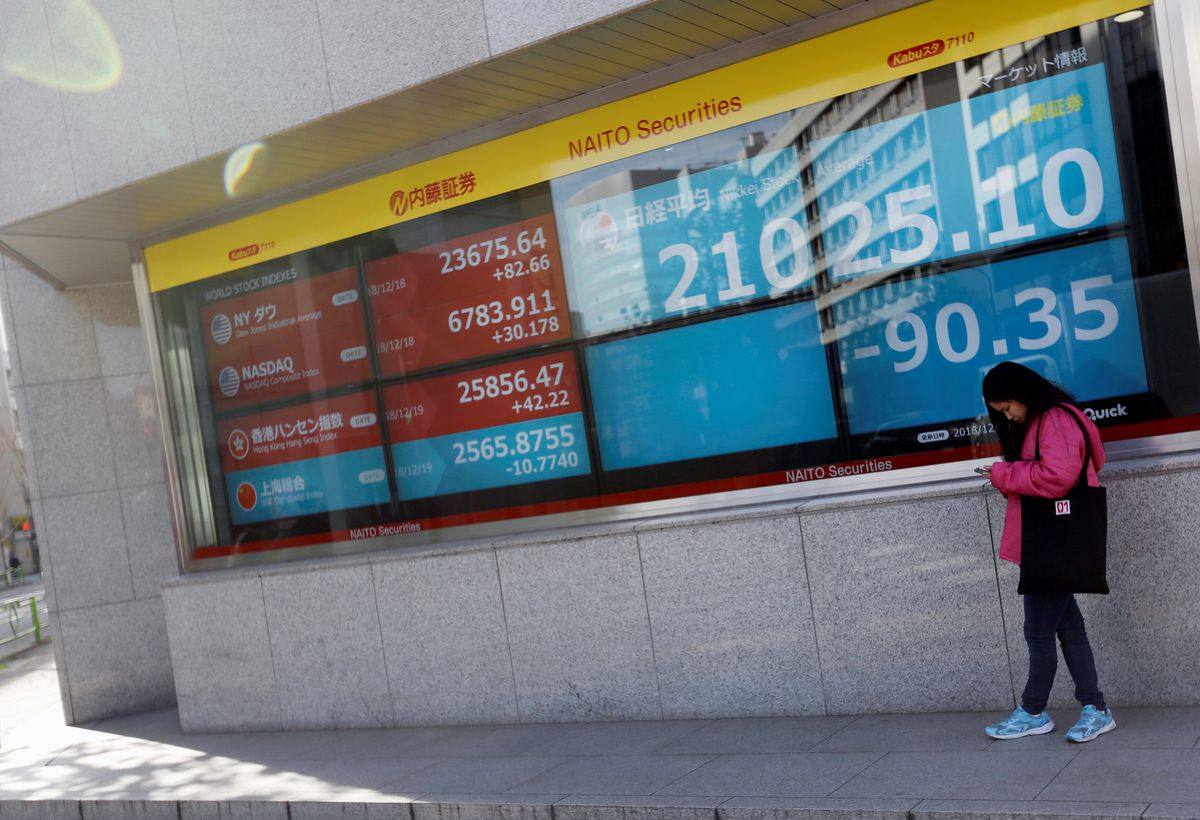 World stocks are headed for a second consecutive week of gains for the first time in 2022 though sentiment was broadly cautious as markets evaluated the economic risks from the Federal Reserve’s policy tightening and Russia’s war in Ukraine.

Technology shares in Hong Kong (.HSTECH) led losers and weighed on the broader market after U.S. regulators said recent media speculation about an imminent deal that would stop hundreds of Chinese companies from being kicked off American stock exchanges was “premature”.

Even though global flash PMI data for March this week showed the world economy was broadly resilient, investors have turned increasingly bearish on the economic outlook. Barclays, for example, cut its world economic growth forecast this week to 3.3% while traders have ramped up short bets.

Global bond markets were still in the grips of one of their worst selloffs in recent memory, while gauges of market volatility threw mixed signals. Nickel , the face of market volatility, climbed 9% on Friday after hitting the 15% daily trading limit in the previous two sessions.

“I think the passing of the quarter end and fiscal year end in Japan next week will give a cleaner read on the resilience of risk assets and currencies to the bear market in bonds and prospect of accelerated Fed tightening in May,” said Kenneth Broux, an FX strategist at Societe Generale in London.

Benchmark U.S. ten-year Treasury yields which have led the broader bond market selloff held at 2.34% on Friday after hitting a near three-year peak of above $2.41% this week. Yields have risen 75 bps in the past two weeks as traders have scrambled to revise their rate hike expectations.

While Treasuries remained on course for one of their worst quarterly routs since at least the early 1970s, the dollar has benefited from the widening interest rate differential story with the Japanese yen briefly plunging to a late 2015 low of 122 yen per dollar.

The broader dollar index took a breather on Friday but was on track for a small weekly gain.

Markets are expecting as many as 190 rate hikes for the remainder of the year after a 25 bps U.S. rate hike last week. Investors are assigning a 88% probability of a 50 bps rate hike in March.

Chicago Fed President Charles Evans was the latest U.S. policymaker to sound more hawkish, saying on Thursday the Fed needs to raise interest rates “in a timely fashion” this year and in 2023 to curb high inflation before it is embedded in U.S. psychology and becomes even harder to get rid of.

Demand for safe-haven assets including gold and the Swiss franc remained resilient as the conflict in Ukraine showed no signs of slowing. Ukrainian troops are recapturing towns east of the capital Kyiv and Russian forces who had been trying to seize the city are falling back on their overextended supply lines.

Spot gold remained elevated at $1,959 an ounce, steady on the day.

Overnight the three main U.S. stock indexes each rallied more than 1%, as investors snapped up beaten-down shares of chipmakers and big growth names and supported by a fall in oil prices.

Oil continued to slide a little on Friday, as the United States and allies considered releasing more oil from storage to cool markets. Brent crude fell 1.3% to $117.78 per barrel and U.S. crude down 1.6% to $110 a barrel, but prices were still very high by historic standards.