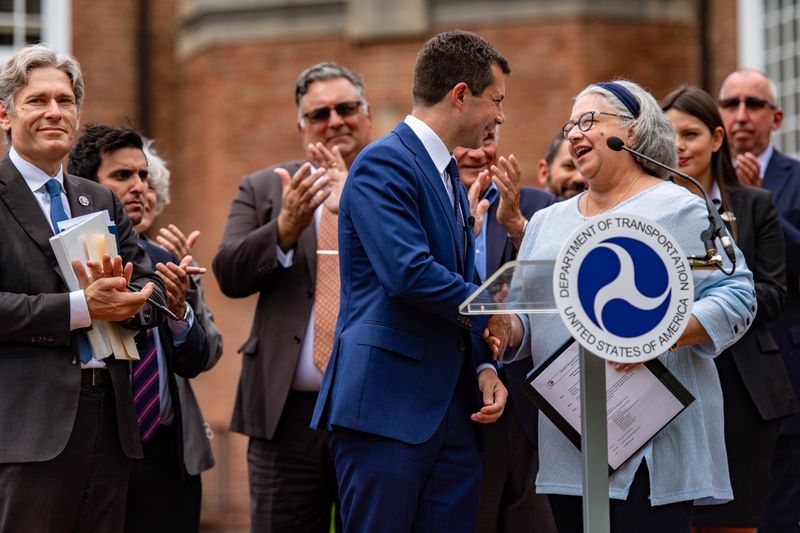 The ability for motorists, transit riders and advocates to voice their opinion by phone to boards that run NJ Transit and the states three major toll roads – which became standard procedure during the coronavirus pandemic – will continue.

A good government expert said other government boards should follow this example, down to the local town council to allow greater public participation, instead of requiring the public to show up in-person to speak to officials.

With the lifting of many COVID-19 restrictions and agencies returning to in-person meetings, members of the public and transportation advocates said they were concerned they would lose the ability to virtually testify and comment.

At NJ Transit’s March 14 board meeting, at least a dozen people asked the agency to use a hybrid format to allow both phone and in person comments. Gutierrez-Scaccetti assured them that would happen.

“All transportation meetings in New Jersey, NJ Transit, the Turnpike and South Jersey Transportation Authorities will continue to have a call in option because of the extraordinary reach we have to get comments,” she said.

The decision is one that other government agencies should follow, said Micah Rasmussen, executive director of the Rebovich Institute for New Jersey Politics at Rider University.

“More state and local government agencies should take the lessons we learned during the pandemic, not to rush to abandon the tools we developed and got used to, but to keep the best of them,” he said.

That improves opportunities for greater public input, “which we know is what leads to better projects and outcomes,” he said.

Several speakers at March 14 NJ Transit meeting said would have had to travel a significant distance to testify in person.

That included a man who would have had to travel from Gloucester County to voice his concerns about changes in bus service to Philadelphia, and people from Sussex County with concerns about continued work on the Lackawanna cut-off rail line.

Concerns about changes to five NJ Transit bus routes were brought up by Bill Ritzler of Pitman. He said the buses will no longer run to the Greyhound terminal in Philadelphia and will go to the Walter Rand Transportation Center in Camden, where riders will have to transfer to another bus.

Getting to them by public transit is really difficult,” he said. “You really need to continue the phone in option.”

Northeast Corridor line commuter Adam Reich name checked the furthest South Jersey counties where residents would have to travel a far distance to speak in person, when he spoke in favor of having a hybrid comment option.

“Commissioner Gutierrez-Scaccetti gets it,” Rasmussen said. “She deserves a lot of credit not just for listening to New Jerseyans who take the time to share their input, but showing that she values it enough to continue to provide the outlets that fit into their lives and schedules.”

Getting There: Inslee signs transportation package into law with funding for new…